Brrr...it's cold in here!   Typing that reminds me of my guiltiest of pleasures.
Now that I have gotten that out of my system, let's get serious.

If you have watched the news or live in just about anywhere in the United States, you know that a polar vortex has just about consumed us all.

I hope everyone's pets were brought inside.  My pets are always inside and with the frigid temperatures, they wanted to snuggle more than usual.

I have a miniature dachshund and they like to burrow under the covers.  I thought -what a perfect time to make a little snuggle sack for her.   A little hot pocket. 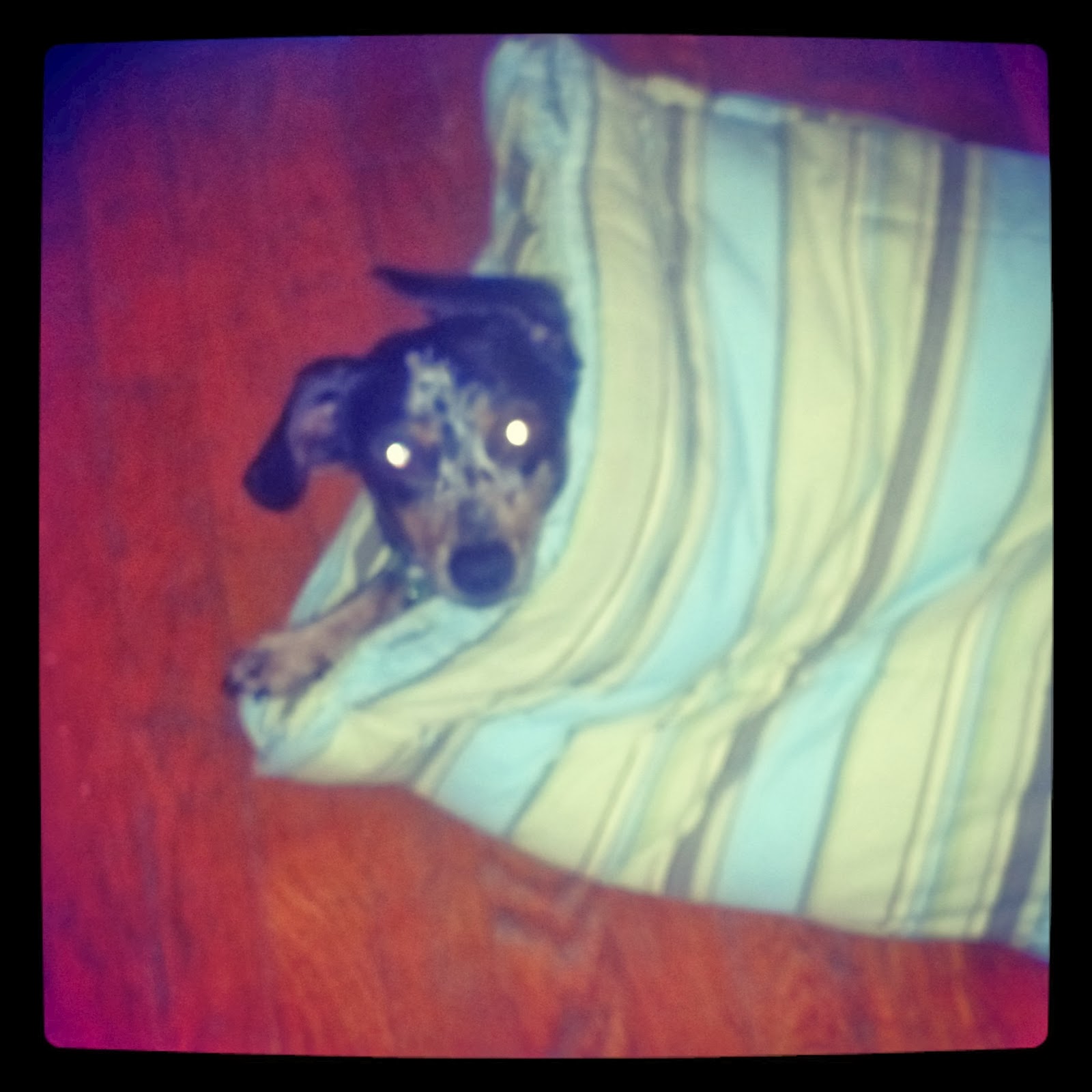 I had an old comforter that I used for this project. 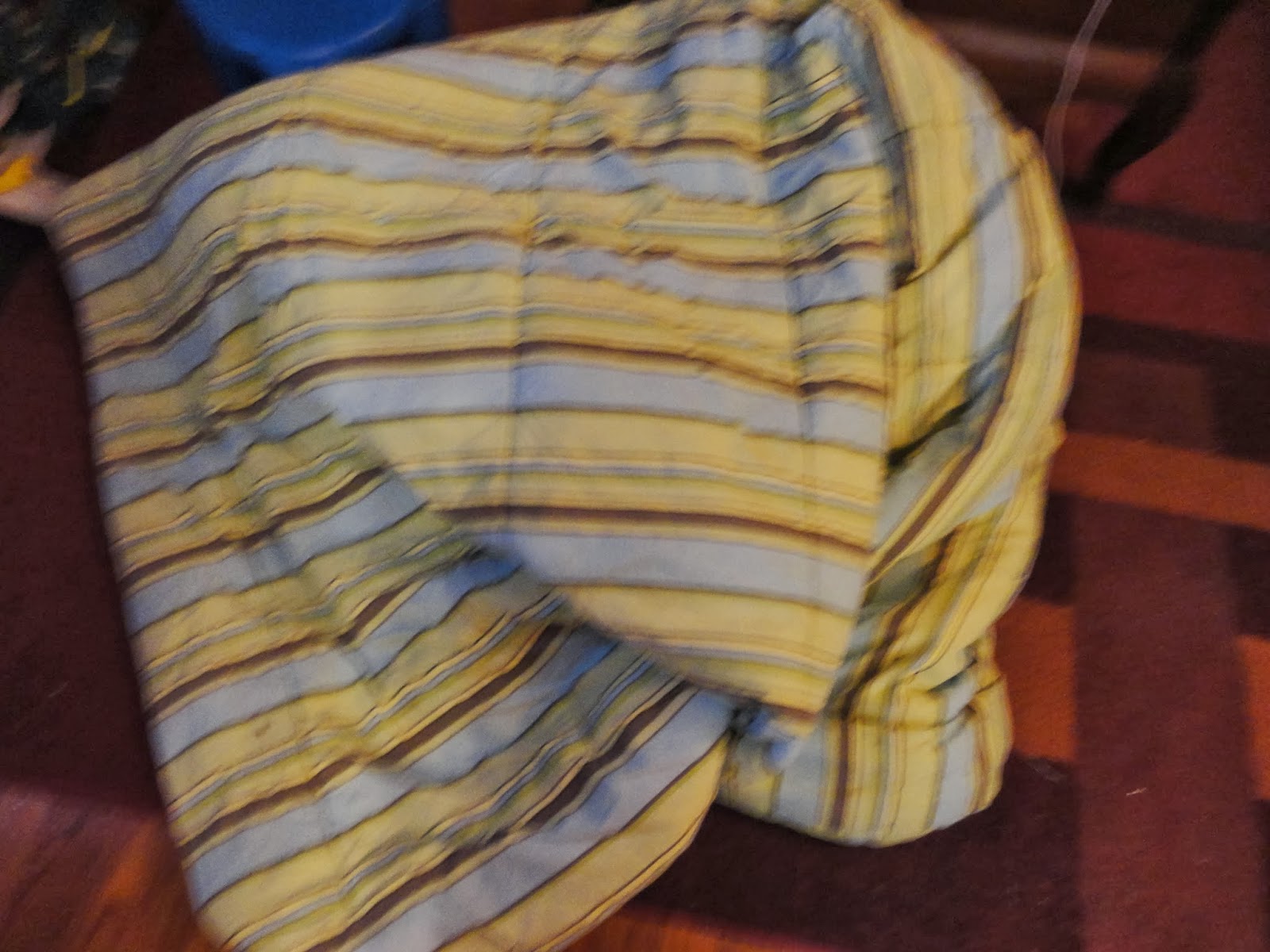 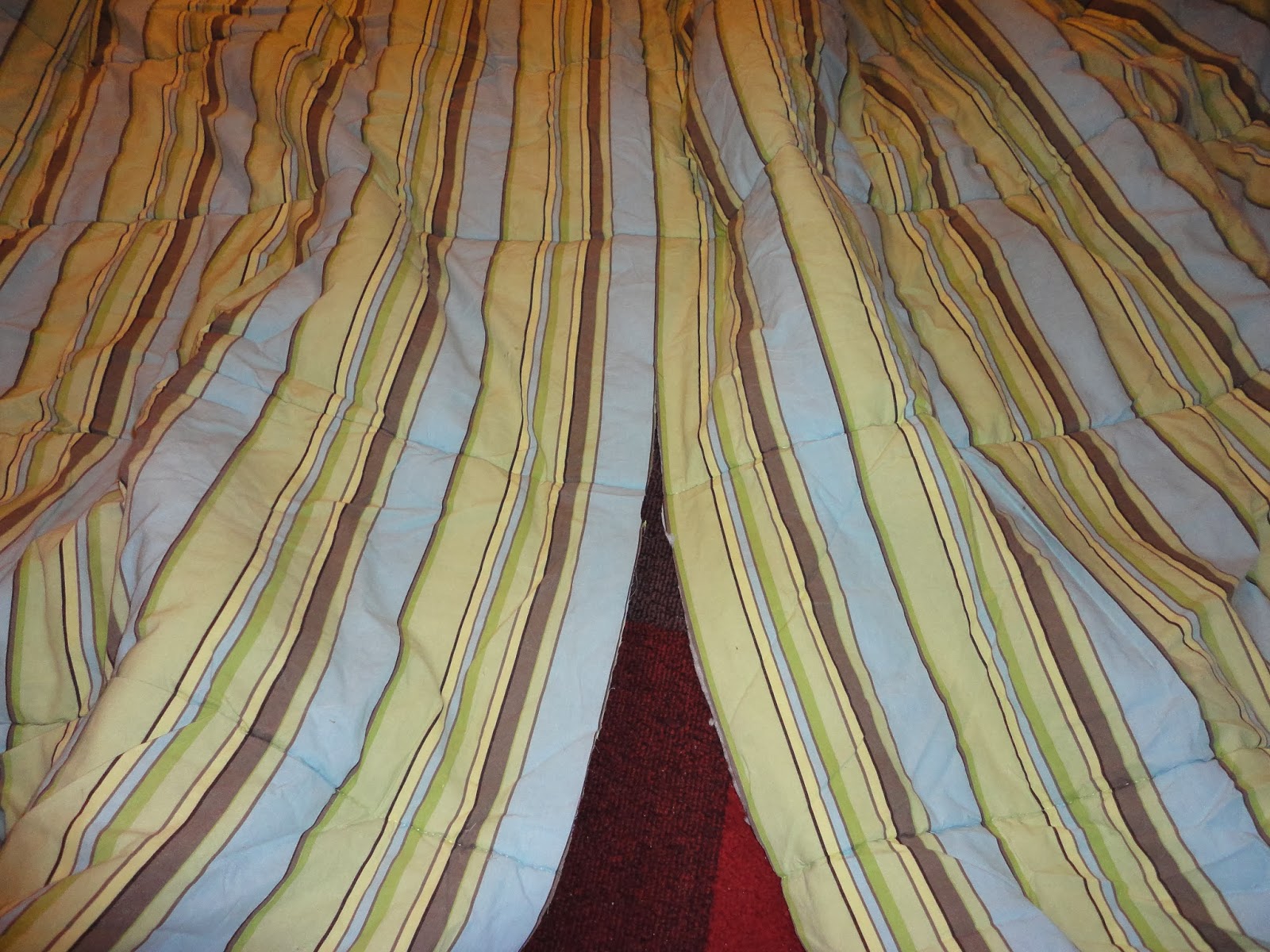 I cut it into fourths and then figured out which side that I wanted to be on the outside.  I wanted stripes so I put that to the inside and then pinned the edges leaving one side open. 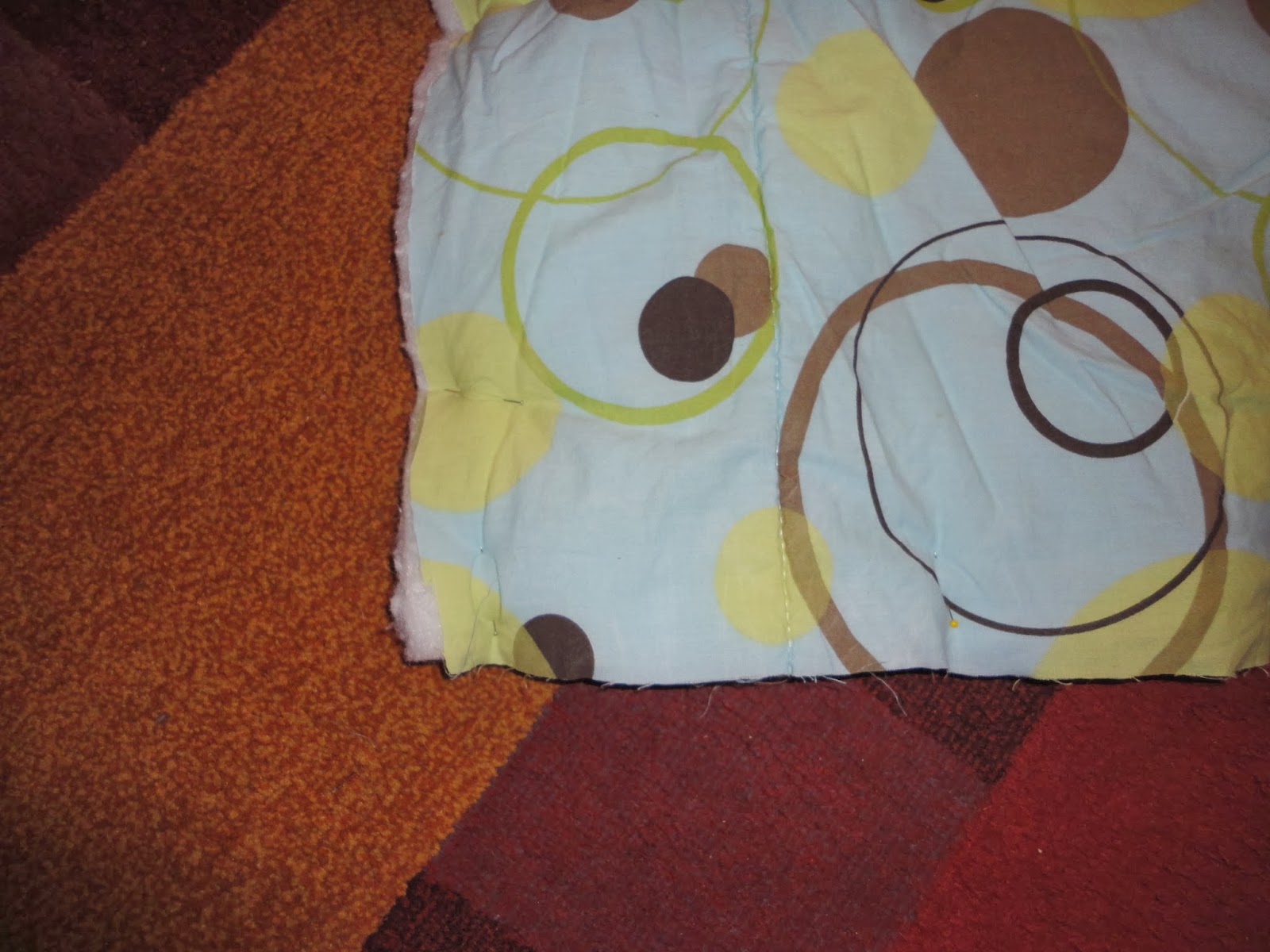 Then I sewed down those sides, flipped it inside out and sewed that leftover end together.  This gave me one long piece that was double thick.  I then folded it over and sewed down the sides to make a tiny little sleeping bag for my doxie. 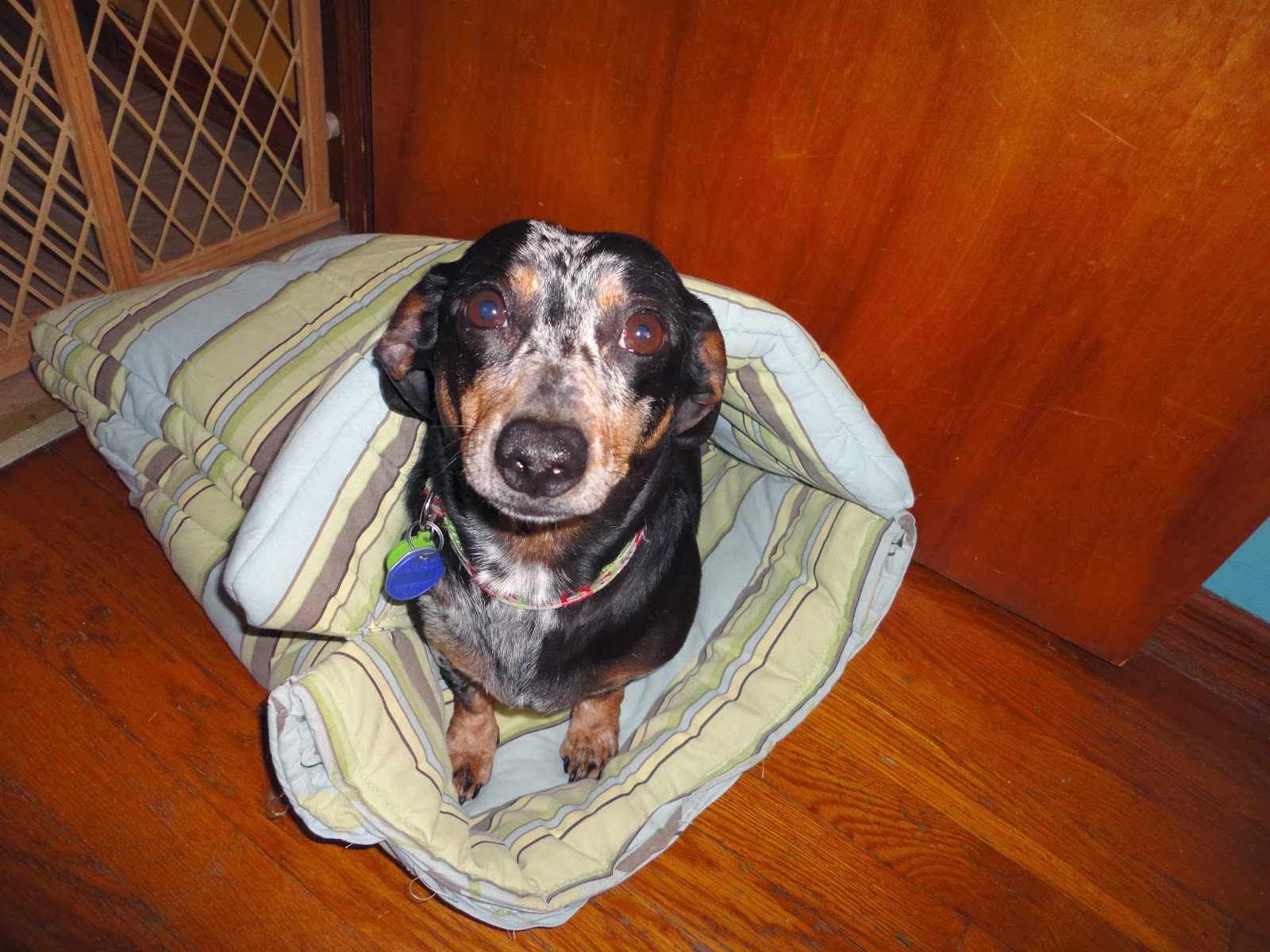 She loves it!
Posted by Brain Blobs and Verbal Vomit at 5:03 PM 0 comments